Argus’ demonic blade charges over time. When he takes or deals damage, the blade is empowered. the lower Argus health is the faster his blade charges. When fully charged, Argus’ next basic attack hits twice rapidly.

After a short period of charging, Argus strikes the enemy with his demonic blade, dealing 400(+150%Total Physical ATK) points of Physical Damage and making enemy bleed for 5 secs. Enemy under bleed effect leaves a blood trail that grants Argus extra movement speed while he is moving on it.

Argus transform into a fallen angel, and becomes immune to death for 5 secs, instantly recharging his blade for one time. 100% of damage dealt during the skill’s duration will be converted to Argus’s HP after skill effect ends. 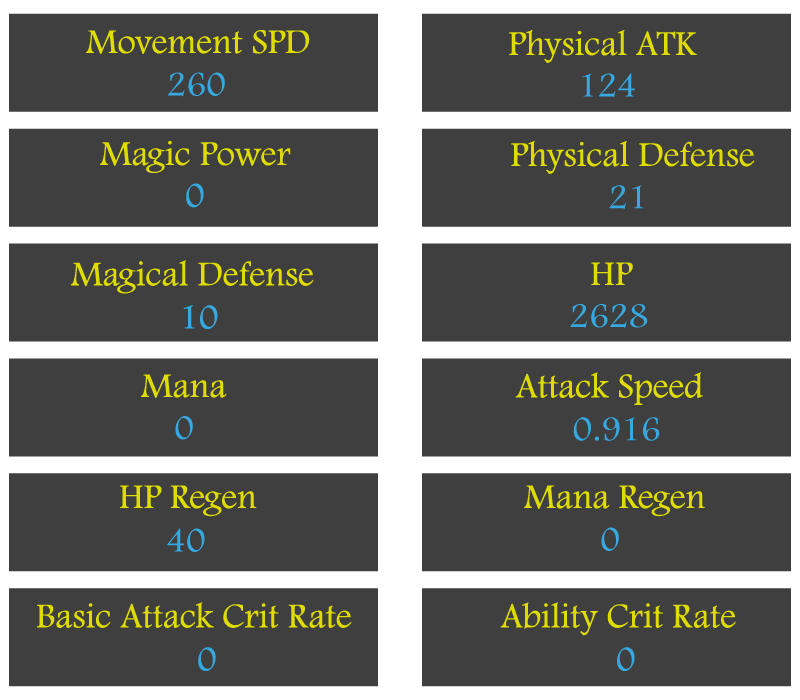