Bane’s weapon is Infused with tidal energy every 6 secs. When infused, the damage of his next basic attack will be increased by 60% – 90% and deals additional splash damage to nearby enemies, while slowing them. Hitting an “Inked” enemy with a basic attack will reduce the cooldown of Shark Bite by 0.5 secs.

Bane fires the Crab Claw Cannon in a specified direction, dealing 225 (+160 Extra Physical Attack) points of Physical Damage to the first target hit. After hitting a target, or reaching the maximum distance, Crab Claw Cannon shells will scatter forward, dealing 180 (+120% Extra Physical ATK) points of Physical Damage to targets, while slowing their movement speed and inflicting the “inked” effect on them.

Bane takes a sip of rum, immediately restoring 260 (+200% Magic Power) HP and increasing movement speed by 30%. Bane can then spit venom forward in a fan-shaped area within the following 5 secs, dealing 100 (+100% Total Physical ATK) -200 (+200% Total Physical ATK) points of Magic Damage and inflicting the “inked” effect. The longer the venom is brewed, the more damage it will deal.

Bane harnesses tidal energy, summoning a school deep-sea fish to move to a specified location.  Each attack hits up to 2 nearby enemies dealing 80(+50% Total Physical ATK) point of Physical Damage to them and 15% of the damage to turrets. 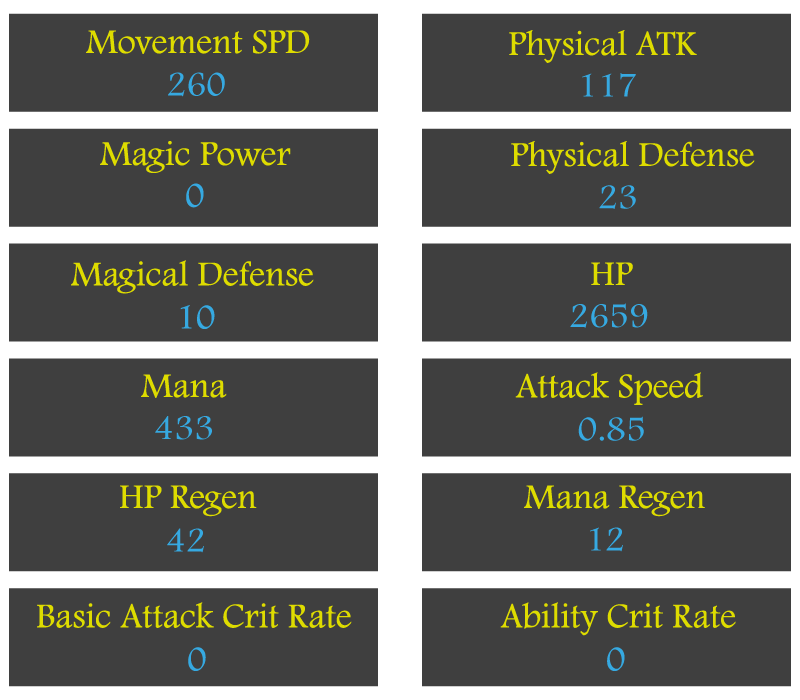