The HP buffs of equipment items are increased by 20%. for every 225 points of damage inflicted upon Belerick. The Flower of Life attacks in a direction of an enemy unit, dealing 50 points of Magic Damage in addition to 2% of
Belerick’s total HP.The Flower of Life first attacks nearby enemy units marked with Nature’s Seed.

Belerick casts vines in a designated area, dealing 250(+60% Total Magic Power) points of Magic Damage to enemies
on the path and in the area, and reducing their movement speeds by 40%. It also inflicts a Nature’s Seed mark on a random enemy hero and gets the hero’s vision.

Belerick sacrifices HP to increase his movement speed by 40% and strengthens his next basic attack. which deals 250 points of Physical Damage and 8% of his HP lost. Belerick also regenerates certain amounts of HP depending on his HP lost. Enemy targets are immobilized for 1.2 secs.

Belerick recovers 10% of his HP and creates a guarded area. When allied heroes within that area take damage.
Belerick will absorb 40% of their damage taken. While this skill is active, damage dealt to Belerick is reduce by 40%. 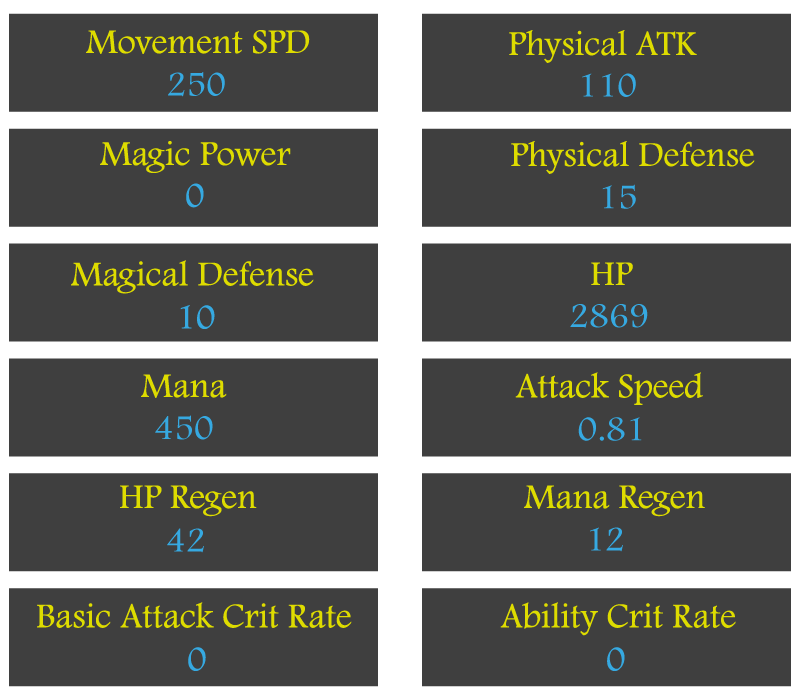