After every 8 yards Chou moves, his next basic attack will deal 180% of normal damage and shortly slow the target.

Chou punches forward up to 3 times in a row. each punch deals 140(+55%Total Physical ATK) points of Physical Damage. the first 2 attacks reduce target’s movement speed by 60%, the 3rd attack knocks nearby enemies into the air. The 3rd attack resets the cooldown of Shunpo.

Chou dashes a short distance, becoming immune to CC effects during the dash, and then reducing damage taken for 2 secs after the dash. His attacks will penetrate target’s armor by 5. Stacks up to 2 times.

The Way of Dragon 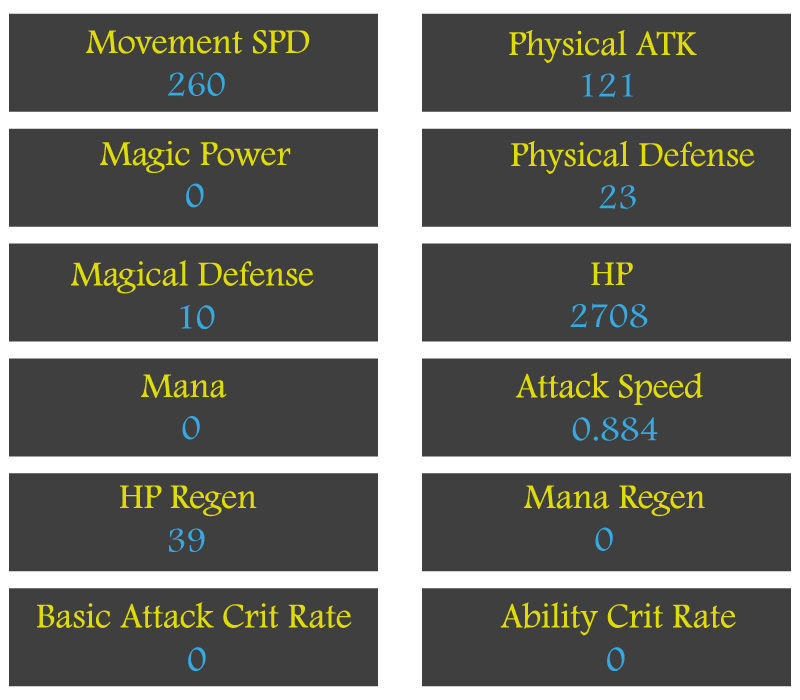