The deep bind with stars gives Cyclops the power to control time. Current cooldown of all skills will reduce by 0.5 secs when his skills hit enemies.

Gathers the power of stars and casts two shock waves of stardust, each dealing 220(+60% Total Magic Power) points of Magic Damage to the enemy.

Uses the power of stars to generate a starlit sphere spinning around him and increases his own movement speed greatly for a short period of time. The sphere will attack nearby enemies (enemy heroes first) automatically,
dealing 210(+50%Total Magic Power) points of Magical Damage to them (damages dealt to the same target will decay).

Cyclops wields the power of stars to his fullest and creates a magic sphere filled with planetary power to track his enemy, dealing 500(+220%Total Magic Power) points of Magical Damage. The target will be immobilized for 1-2 secs based on the sphere’s flying distance. 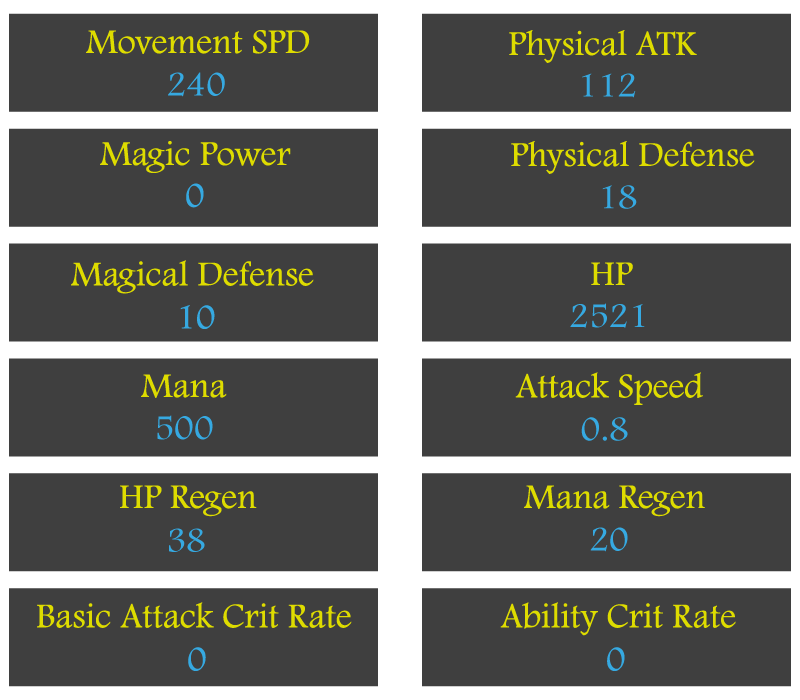