Harley shoots 3 rounds of cards, dealing 150(25% Total Magic Power) points of Magic Damage to the first hit enemy ( damage decays when the same target is hit by 3 or more times ) and increasing his attack speed by 5% at each hit. Stacks up to 8 times. Lasts 3 secs.

Disappears right away, leaving a magic hat at his place and then appears in the front, increasing his movement speed by 30% for 2 secs, use this skill again in 4 secs to return to the hat.

Harley locks on an enemy and casts a fire ring (can be block by other heroes), dealing 200(+60% Total Magic Power) points of Magic Damage and slowing the enemy for 1.5 secs. Then it generates a big fire ring around the enemy for 4 secs at hit. Harley is able to deal damage by hitting the fire ring by his skills. After that, it deals 100(+30% Total Magic Power ) points of Magic Damage + 50% damage taken by the target during the period. 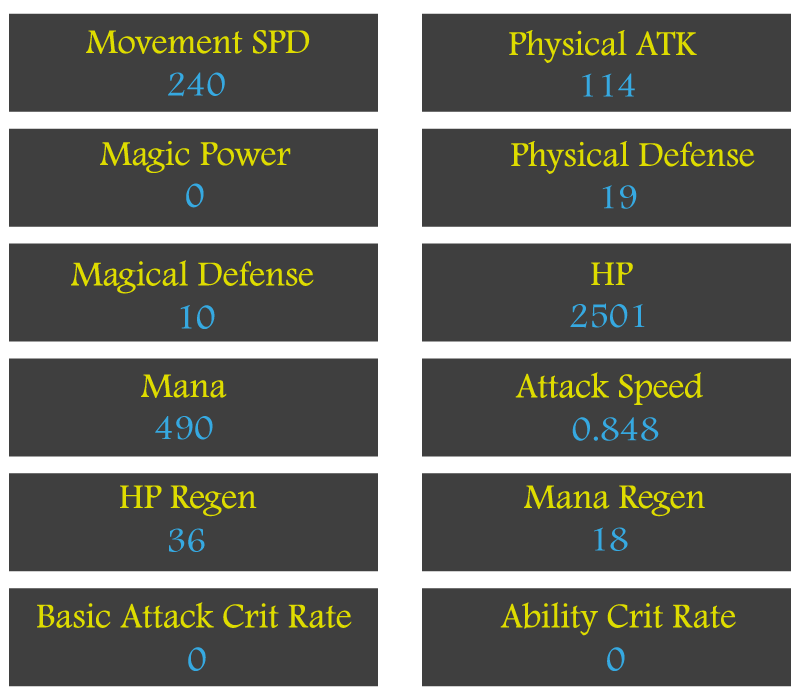