Locks onto one enemy target for pursuit, skill can be released 3 times maximum, the 2nd attack will deal damage to target’s surroundings, the 3rd attack will knock back target and surrounding enemies temporarily, each time dealing 120(+90% Total Physical ATK) points of Physical Damage.

Hilda jumps toward the target and slashes powerfully, dealing 700(+200% Extra Physical ATK) physical damage and temporarily stunning the target. Nearby enemies also take 60% of this damage as physical damage. Each kill or assist enhances power of wildness, increasing its physical damage by 40, stacking up to 10 times. Damage will be increased by 80 and ignore 60% of the target’s Physical Defense at max stacks. 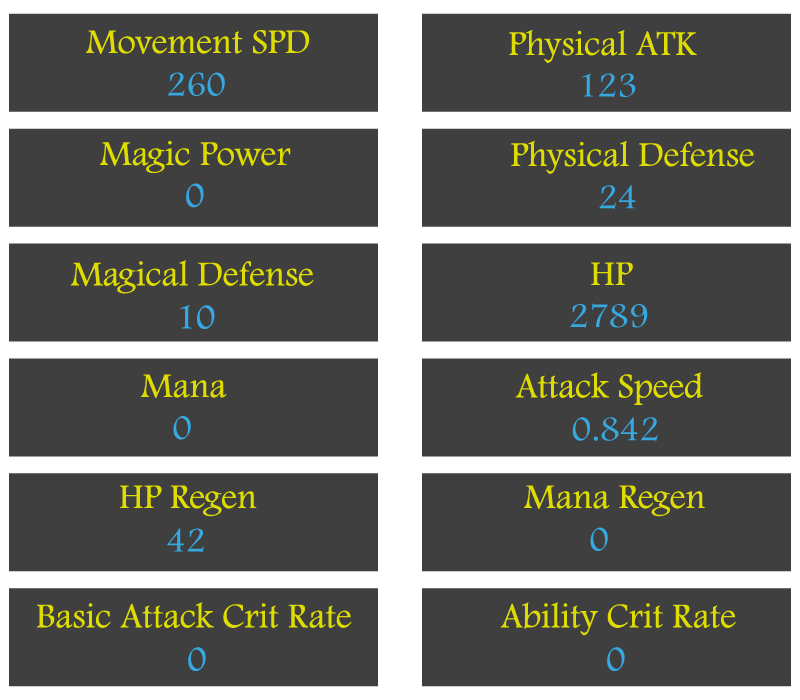