Kimmy is obsessed with her chemical creations. As a result, she can move and aim at other directions when using her spray gun but is often less accurate. Also, all the buffs on Attack Speed will be converted to Movement Speed buff for her.

Kimmy enhances her chemical attacks by creating a new kind of mixture. She then shoots out the enhanced chemical spray and the recoil in turn pushes her backwards a certain distance. the spray then falls down to the ground and creates a contaminated areas. enemies who walk on these ares take 14(+30% Total Physical ATK)(+40% Total Magic Power) points of Magic Damage every 0.5 second and become slowed by up to 60%. Regenerates 40 points of energy if Kimmy hits a target with this skill. 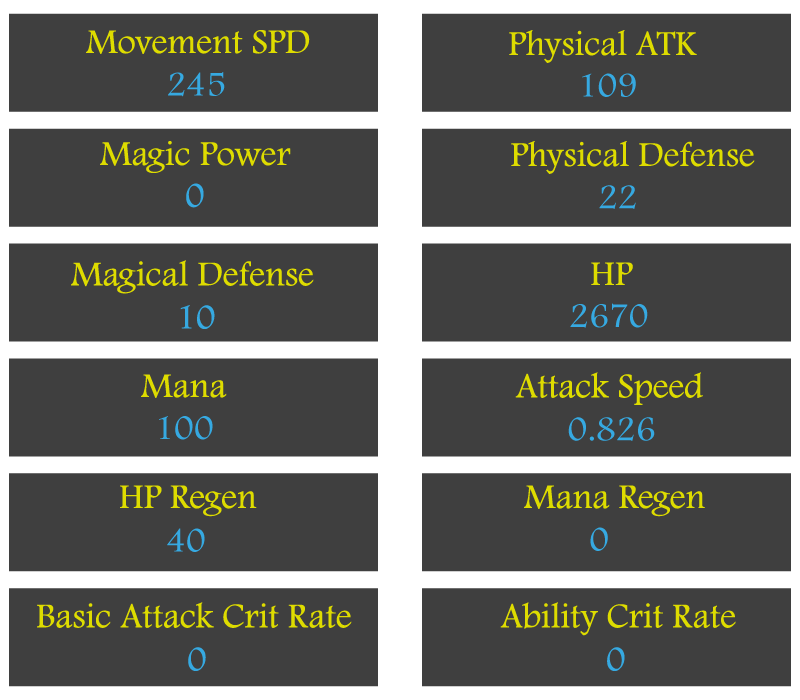