Hitting an enemy with a basic attack grants 5 Energy. If Lesley doesn’t take damage for 5 secs, her next basic attack has a longer range, 40% Crit Change, and deals x1.3 damage. Using any skill will reset Lethal Shot’s cooldown. Each fixed point of Physical Penetration Lesley obtains will be converted into 1% additional Crit Rate. (Physical penetration percentage is not affected).

Lesley enters the Camouflage state for 3 secs, increasing movement speed by 30% and physical attack by 50. Dealing or taking damage will cancel the state. Enemies can detect Lesley’s Camouflage through distortions in their surroundings.

Lesley throws a tactical grenade forwards, which explodes in a fan-shaped area in front of her. Deals damage and knocks enemies back, while Lesley also jumps back slightly. Using this skill will instantly cancel Ultimate Snipe and release its fatal bullets. (Extra attacks will only be launched if fatal bullets have not finished firing).

Lesley abandons her senses and captures all enemy movement in an area using her mind. She locks onto an enemy hero and fires 4 deadly bullets, dealing 200(+80% Extra Physical ATK) +5% of target’s missing HP as Physical Damage. Each bullet that hits a target will restore 10 Energy. Bullets can be blocked by other enemy heroes. 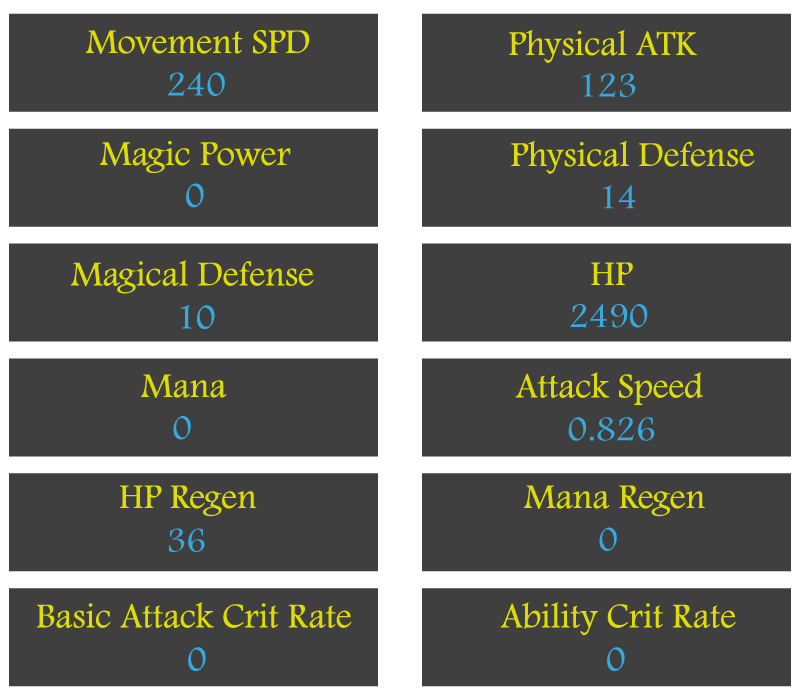