Every once in a while, Verri enters the hunting state, during which Pharsa deals extra 300(+80% Total Magic Power) Magic Damage and slows the enemy hit by 75% for 1.5 secs.

Active Pharsa becomes a mist around Verri, flying over terrain for 5 secs. When controlled, she will exit this state immediately.

Pharsa flies into mid-air and launches air raids on the target area in the next 13secs for 500(+160% Total Magic Power) round(s). Each round deals Magic Damage to the enemy hit ( the damage of the last round will be boosted by ). 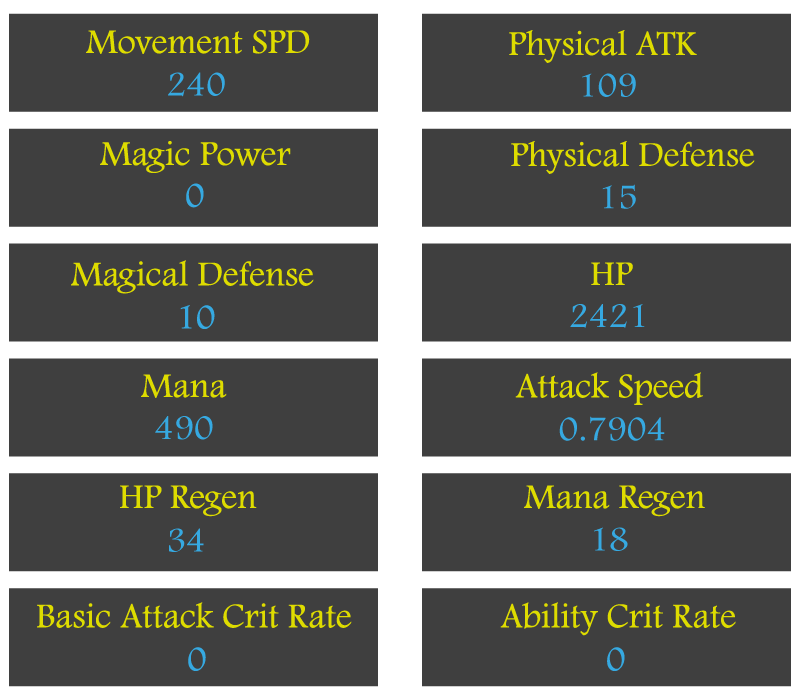