Uranus absorbs the energy generated by attacks made against him to strengthen himself, generating 2-10 HP per second each stack, over 10 seconds. This effect can be stacked up to 20 times.

Uranus releases two energy spheres that orbit around him, dealing 125(+30% Total Magic Power) points of Magic Damage to enemy targets, while reducing their Physical Attack and Magic Power by 15%, and their Movement Speed by 30% for 2 secs.

The shield explodes when broken or at the end of its duration, dealing 300(+150% Total Magic Power) points of Magic Damage to enemies nearby.

Uranus unleashes energy stored within his body to remove the Slow Effect on himself and restore 200 points of HP immediately, while increases Movement Speed by 60% for 8 secs. (The speed gained decays over time).

Uranus directly acquires 5 stacks of Radiance, increasing 50% of the shield and Regen received by 8 secs, during which he cant be controlled. 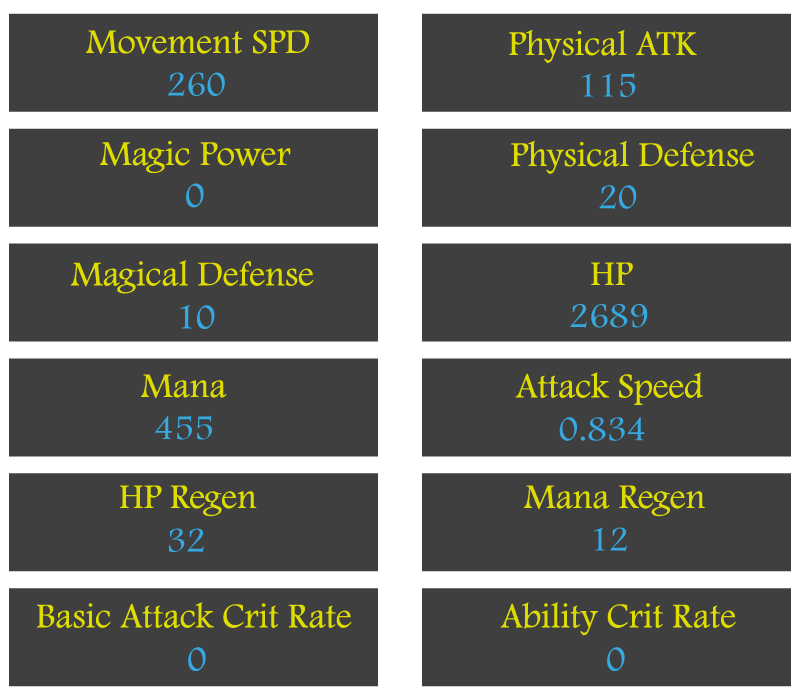