Generates a sacred orb surrounding Freya after every 2 basic attacks. When she has 3 orbs around her, the orbs move faster and become able to deal damage to any enemy hit. (The orb has no effect on minions)

Freya jumps into a target area, dealing 240(+100% Extra Physical ATK) points of Physical Damage to enemies in the area and pulling them to the center.

Freya enhances her attack speed of the first 3 basic attacks within 5 secs. Attack no. 3 will stun targets in a fan-shaped area and deal additional 180(+60% Extra Physical ATK) points of Physical Damage to them.

Freya enters Valkyrie state, dealing 360(+150%Extra Physical ATK) physical damage to surrounding enemies and slowing them down. Meanwhile, her physical attack increases by 20, and physical and Magical Defense are increase by 15. Using this skill grants a shield that absorbs at least 200(+50%Total Physical ATK) damage, based on the number of enemies it hits. Lasts for 2 secs. 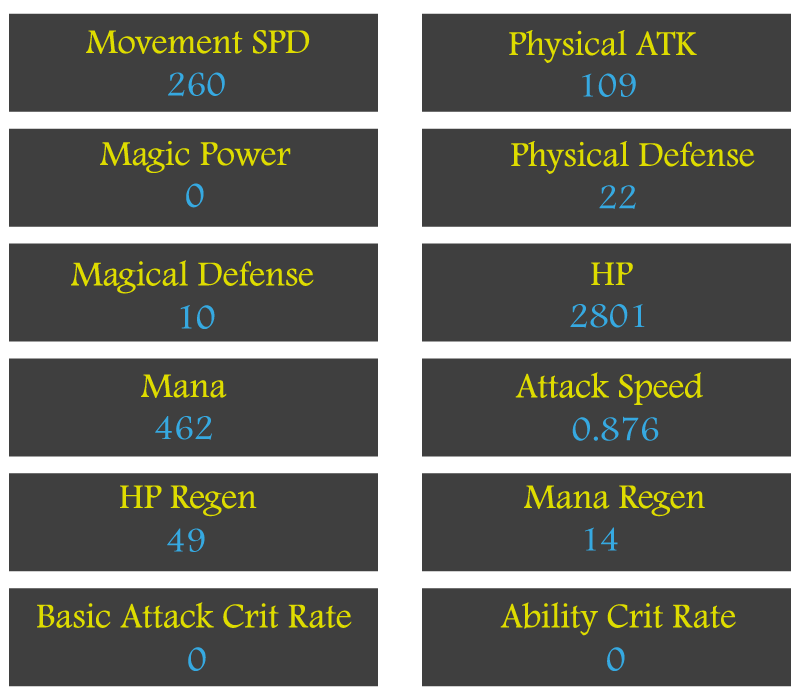