If the target’s HP is lower than 30%, Leomord deals critical damage.

Leomord immediately gains a shield and can charge his attack. He then deals 360(+140% Total Physical ATK) points of Physical Damage and slows enemy units by 60%, within the damage area. The longer Leomord charges this skill, the higher its damage. Any actions that interrupt Leomord’s charge automatically triggers the attack.

Leomord calls for Barbiel, his steed, to rush into the battlefield and knock back all enemies in its way. Barbiel deals 350(+100% total Physical ATK) points of Physical Damage to enemy units in his path, slowing them by 50%. If Barbiel comes in contact with Leomord, they will enter a mounted state. While in a mounted state, Leomord gains a whole new set of skills. Leomord’s can use basic attacks within a circular area, even while moving. Additionally, Leomord increases his movement speed and physical/magical defense by 40 points. 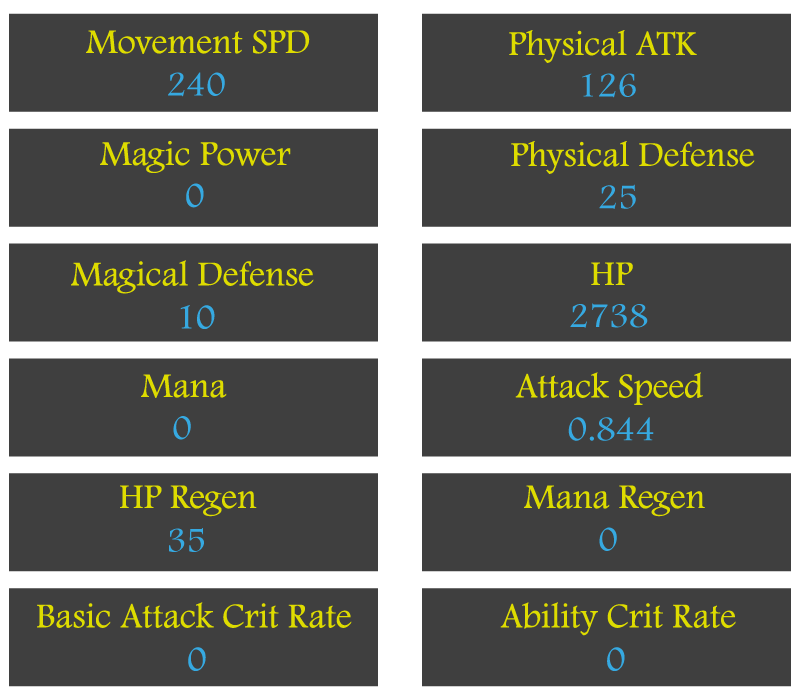