Moskov’s basic attack can penetrate targets and deal damage to enemies behind them. If a basic attack hits an enemy successfully, the cooldown of Abyss Walker and Spear of Misery will be reduce by 0.8 secs.

Moskov uses the power of shadow to teleport to the specified position, enhancing his Attack Penetration and increasing his Attack Speed by 20%. Last 3 secs.

Moskov strikes at an enemy hero with full strength, dealing 140(+40% Total Physical ATK) physical damage and knocking back the target. If the airborne target collides with another enemy hero, then both of them will receive 210(+60% Total Physical ATK) physical damage and be stunned for 1 secs. If the target knocks into obstacles, he/she will be stunned 2 secs. The enemy that’s by the skill cannot go in stealth for a short while.

Moskov throws out the Spear of Destruction after powering up shortly, dealing 480(+140% Total Physical ATK) physical damage to enemies along a straight line. Every enemy it hits increases 10 physical attack to Moskov. Stacks up to 5 times. Last 8 secs. 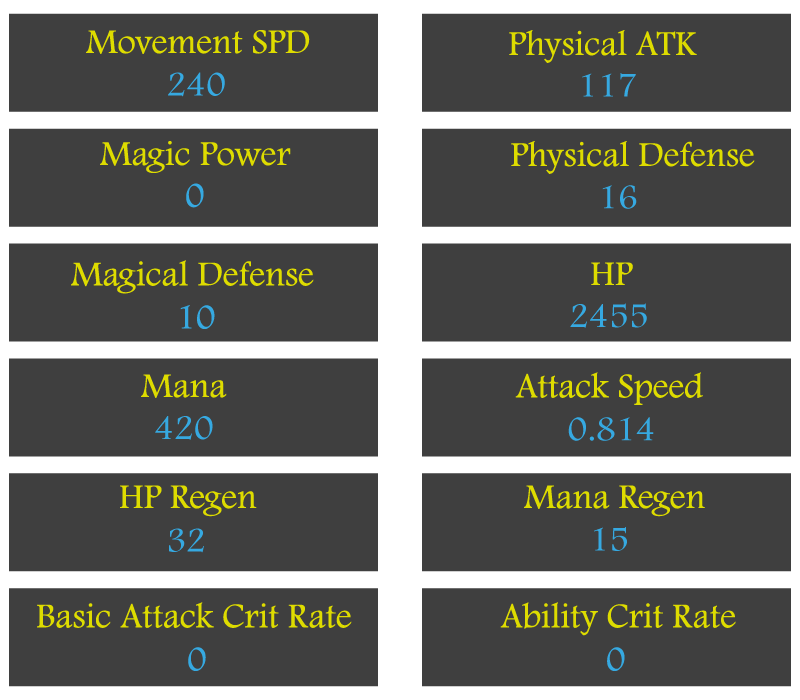